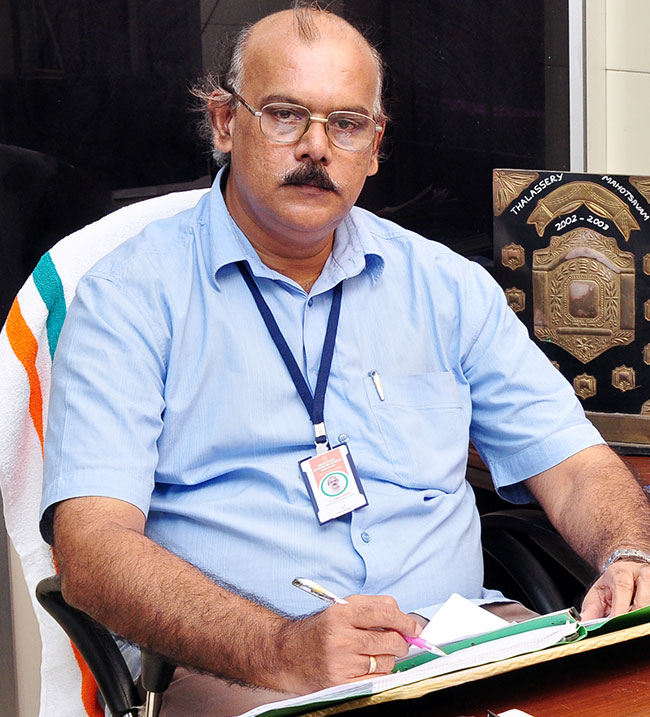 From the General Manager's Desk

The Indira Gandhi Co-Operative Hospital which began its historic journey in the healthcare with 50 beds and 3 doctors in a rented building with a small share capital of Rs.15500/- raised from 79 members, has evolved over the years to become one of the leading super speciality hospitals in Kerala that too in the co-operative sector. The society has achieved to increase the membership capacity from 79 to more than 4800 and a share capital worth 8.58 crores. Number of bed capacity increased to 300 in our own building situated at Manjodi, the heart of Thalassery. The hospital society has raised deposits from general public as well as from members to pool the fund for building construction. Loan from HUDCO amounting to Rs. 6 crores were also raised in the year 1996. Borrowing from District Co-Operative Bank, Kannur was also obtained as cash credit loan for working capital. Monthly average business of the society in the earlier days was Rs. 10 lakhs. Now the business per month has grown up to Rs. 300 Lakhs. The increase in the business of the society has paved way to diminish the loan liability and even helped the hospital society to clear the HUDCO loan. Now the hospital building and land extending to 96 cents pledged to the HUDCO is free from hypothecations. Apart from the above, society has now earned in possession land extending to more than 4.52 Acres worth Rs.12.5 Cores.Investment in vehicles including 2 mobile ICU ambulances stands to Rs. 78 lakhs as asset. Most moderm hospital equipments provided In almost all departments at a cost of around Rs.12 crores. Furniture with Computer equipments worth Rs. 14 crores also adds to the asset of the society as a major share. Altogether the assets of the society on market value terms could be assessed to more. 50 crores. This achievement is an outcome of the whole hearted support of the general public as well as the team work put forth by the doctors, employees and the board of directors.