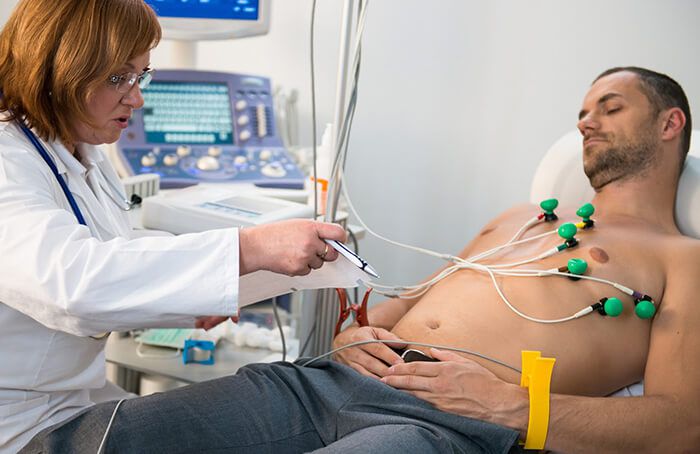 The brachial plexus is a network of nerves that run from the cervical spinal cord in the neck to the shoulder, arm, and hand. These nerves are responsible for stimulating the muscles of the upper extremity as well as signaling sensation or feeling of the arm. An injury to one or more of these nerves can result in varying degrees of upper extremity weakness or paralysis and numbness.

The main focus of our department is in the field of Brain tumour surgery. All recent developments in tumour surgery have been incorporated in our surgical armamentarium. Developments in neuroradiology like functional MRI, tractography help in making surgery very precise and safe. Brain tumours in dominant parts of brain may put the patient at risk of losing important functions like speech, power in limbs after surgery. With the introduction of speech and cortical mapping during surgery these problems can be circumvented. Our department incorporates all these modern adjuvant techniques to make surgery as safe as possible.

Awake craniotomy is another option in patients with brain tumours at risk for speech loss after surgery. Performing the operation in this way allows us to test regions of the brain before they are incised or removed and also to test the patient’s function continuously throughout the operation.

Stroke due to occlusion of carotid arteries in neck can effectively be prevented by surgically removing this block from within the carotid artery. A large number of patients already underwent the surgery from our department with excellent outcome. Carotid angioplasty and stenting (CAS) is another modality of treatment. CAS is a minimally invasive procedure in which a very small hollow tube is advanced from a blood vessel in the groin to the carotid arteries. Once the catheter is in place, a balloon may be inflated to open the artery and a stent is placed. A stent is a cylinder-like tube made of thin metal-mesh framework used to hold the artery open. However, carotid endarterectomy is cheaper and more effective than carotid angioplasty and stenting(CAS) whenever indicated.

The procedure is not necessary when:

· There is complete internal carotid artery obstruction (because there is no benefit to treating chronic occlusion).

· The patient has a previous complete hemispheric stroke on the ipsilateral and complete cerebrovascular territory side severe neurologic deficits (NIHSS>15), because there is no brain tissue at risk for further damage.

· Patient deemed unfit for the operation by the surgeon or anesthesiologist due to comorbidities.

High risk criteria for CEA include the following:

Cranioplasty, the repair of a skull vault defect by insertion of an object (bone or nonbiological materials such as metal or plastic plates), is a well-known procedure in modern neurosurgery. Brain protection and cosmetic aspects are the major indications of cranioplasty. Moreover, the incidence of epilepsy is shown to be decreased after cranioplasty. The repair of cranial defects gives relief to psychological drawbacks and increases social performance. It is important not only for cosmesis and protection of underlying brain but also for restoring the dynamics of a closed cavity, which are disturbed when in the absence of overlying bone the atmospheric pressure is allowed to exert an influence. The sinking brain and scalp syndrome associated with neurological deterioration after decompressive craniotomy in traumatic brain edema is an uncommon condition. The recovery of neurological and imaging deficits following cranioplasty is well known.

Cranioplasty can avoid the recurrence of brain damage, can achieve the plastic effect, can protect the patient from cerebral seizures, can relieve the syndrome of trephine (i.e., headaches, dizziness, intolerance of vibration and noise, irritability, fatigability, loss of motivation and concentration, depression, and anxiety), increase the brain blood flow, improve the brain energy metabolism and promote the resumption of brain tissue, and treat the encephalocele skull defects with neurological cognition and mental syndrome.

Deep brain stimulation (DBS) is a surgery to implant a device that sends electrical signals to brain areas responsible for certain brain disorders. Electrodes are placed deep in the brain and are connected to a stimulator device. Similar to a heart pacemaker, a neurostimulator uses electric pulses to regulate brain activity. Following this advancement, many patients suffering from movement disorders like parkinson-ism, essential tremors and dystonia, refractory to medications have been effectively treated by our de-partment with this new technique.

WHAT IS DEEP BRAIN STIMULATION?

In deep brain stimulation, electrodes are placed in a specific area of the brain depending on the symptoms being treated. The electrodes are placed on both the left and right sides of the brain through small holes made at the top of the skull. The electrodes are connected by long wires that travel under the skin and down the neck to a battery-powered stimulator under the skin of the chest (Fig. 1). When turned on, the stimulator sends electrical pulses to block the faulty nerve signals causing tremors, rigidity, and other symptoms.

A DBS system has three parts that are implanted inside the body:

a programmable battery-powered pacemaker device that creates electric pulses. It is placed under the skin of the chest below the collarbone or in the abdomen.

a coated wire with a number of electrodes at the tip that deliver electric pulses to the brain tissue. It is placed inside the brain and connects to an extension wire through a small hole in the skull.

an insulated wire that connects the lead to the neurostimulator. It is placed under the skin and runs from the scalp, behind the ear, down the neck, and to the chest.

An endoscopy is a procedure in which your doctor uses specialized instruments to view and operate on the internal organs and vessels of your body. It allows surgeons to see problems within your body without making large incisions.

WHY DO I NEED AN ENDOSCOPY?

Brain tumours located in the ventricles of brain can effectively be managed by cranial keyhole endoscopic surgery. Selected cases of hydrocephalus, a condition associated with excessive accumula-tion of cerebrospinal fluid (CSF) in the brain, is now treated endoscopically by a procedure called endo-scopic third ventriculostomy.

Many cases of disc related diseases and selected spinal tumours are now treated in our department with endoscopic keyhole surgery with the advantage of speedy recovery, minimal pain and no blood loss. Patients can return home in 1 to 2 days. It also gives significant cosmetic benefit with no or minimal scar at surgical site.

WHAT ENDOVASCULAR TREATMENTS ARE AVAILABLE?

Atherosclerosis can be treated with endovascular techniques called angioplasty and stenting. In angioplasty, a balloon-like tool inflates inside an artery, opening it up. Then a mesh tube called a stent props the artery open.

An endovascular technique called embolization can help treat aneurysms, blood vessel malformations like AVM and DAVM, and tumors. In this technique, the lesion is filled with a glue-like substance, tiny metal coils or another material. This treatment causes the blood inside the lesion to clot. Embolization may be used alone as a treatment, or as part of preparation for open surgery.

Epilepsy surgery is another major area of interest. Our department offers various types of epilepsy sur-gery to patients suffering from refractory seizures which can significantly reduce their suffering. In col-laboration with our neurology colleagues we have a dedicated epilepsy surgery unit.

Epilepsy surgery is a procedure that removes or alters an area of your brain where seizures originate.

Epilepsy surgery is most effective when seizures always originate in a single location in the brain. Epilepsy surgery is not the first line of treatment but is considered when at least two anti-seizure medications have failed to control seizures.

A number of pre-surgical assessments are necessary to determine whether you're eligible for epilepsy surgery and how the procedure is performed.

Epilepsy surgery may be an option when medications do not control seizures, a condition known as medically refractory epilepsy or drug-resistant epilepsy. The goal of epilepsy surgery is to eliminate seizures or limit their severity with or without the use of medications.

Poorly controlled epilepsy can result in a number of complications and health risks, including

· Physical injuries during a seizure

· Decline in memory or other thinking skills

· Drowning, if the seizure occurs during a bath or swimming

In general, the goal of minimally invasive spine surgery (MIS) surgery is to stabilize the vertebral bones and spinal joints and/or relieve pressure being applied to the spinal nerves — often a result of conditions such as a spinal instability, bone spurs, herniated discs, scoliosis or spinal tumors.

· Spinal deformities such as scoliosis

Spinal epidural stimulation with implanted electrodes can give tremendous pain relief for patients with disc related diseases not responding to medications and failed back syndrome following previous spine surgeries.

Similarly, Microvascular decompression (MVD) is the treatment of choice for patients suffering from Trigeminal neuralgia which is a condition characterized by severe electric shock like pain involving the face. We have a vast experience of doing MVD with excellent results.

WHAT IS SPINAL EPIDURAL STIMULATION ?

Epidural spinal stimulation was initially used to treat intractable pain; however, its use expanded following an unexpected improvement in motor function in a patient with multiple sclerosis.

WHAT IS MICROVASCULAR DECOMPRESSION (MVD)?

MVD is a surgical procedure to relieve the symptoms (pain, muscle twitching) caused by compression of a nerve by an artery or vein. Surgery involves opening the skull (craniotomy) and exposing the nerve at the base of the brainstem to insert a tiny sponge between the compressing vessel and the nerve. This sponge isolates the nerve from the pulsating effect and pressure of the blood vessel.

Trigeminal neuralgia is an irritation of the fifth cranial nerve causing severe pain that usually affects one side of the face, normally in the forehead, cheek, jaw, or teeth. To treat trigeminal neuralgia, a sponge is placed between the trigeminal nerve and the superior cerebellar artery or a branch of the petrosal vein. By removing the compression, the painful symptoms are relieved.

WHAT HAPPENS BEFORE SURGERY?

You will typically undergo tests (e.g., blood test, electrocardiogram, chest X-ray) several days before surgery. In the doctors office you will sign consent forms and complete paperwork to inform the surgeon about your medical history (i.e., allergies, medicines, anesthesia reactions, previous surgeries). Discontinue all non-steroidal anti-inflammatory medicines (Naproxin, Advil, etc.) and blood thinners (coumadin, aspirin, etc.) 1 week before surgery. Additionally, stop smoking and chewing tobacco before and after surgery because these activities can cause bleeding problems. Wash your hair with Hibiclens® (chlorhexidine) antiseptic soap for 3 consecutive days prior to surgery. No food or drink is permitted past midnight the night before surgery. 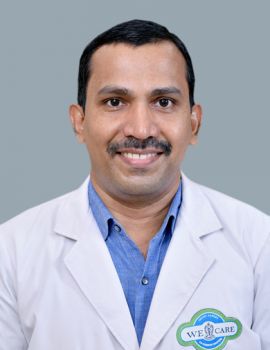